THANK YOU, PATRICK! THANK YOU! | Patrick! The Game | SpongeBob | The Alpha Jay Show 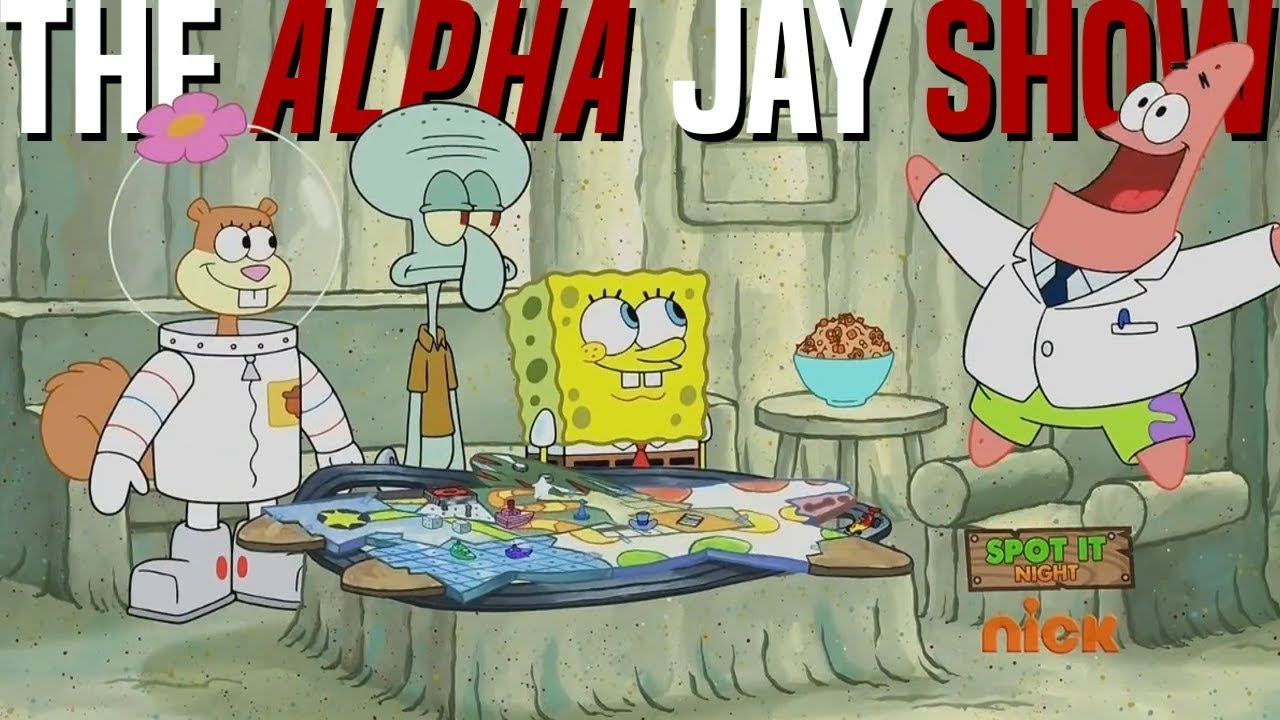 SpongeBob Squarepants Patrick! The Game Review! I hope you enjoy this special video while on THE ROAD TO REVIEW 75. I have been super harsh on Spongebob Season 9. So I decided for this Amino-sponsored video to make this SpongeBob Patrick! The Game Review! I think you will like it a lot, as it is my first positive review of season 9. Before this, I had made five negative reviews of SpongeBob Season 9. I’ve been called out for being harsh on this before and at first, did not believe it, but a case can be made and thus this spongebob patrick the game reivew was born! The episode was great. It had board game references, a solid foundation and acutally used Squidward correctly. When watching this SpongeBob Squarepants Patrick The Game Review, mind you that my opinion is my own and I hand-picked what review I wanted to make to show that I don’t neccesarily hate season 9 of SpongeBob. Is Patrick! The Game good? One way to find out. CHECK IT OUT!

–
SUPPORT THE CHANNEL
Donate To My Patreon To Help With Equipment –
SuperBOOST Your Channel With TubeBuddy! –
–

–
IMPORTANT LINKS
Want To Talk To Me? Join My Discord! –
Shoot Me A Few Questions On Twitter –
Big Fan? You’d Love My DeviantArt! –
My Tumblr Is Pretty Cool As Well –
Place Your Requests Here –

–
SERIES SUMMARY
The Alpha Jay Show reviews animation episodes, animated TV movies, cartoons, and other things as a main series. I have reviewed many things from Fairly Oddparents to SpongeBob to Teen Titans Go to The Amazing World Of Gumball and many more. Expect a fair, open-minded and non-pandering review of whatever episode I use. Bear in mind while I do use copyrighted material, it is highly likely that my content falls under the legal defense of fair use.
–

–
SHOW SUMMARY
A square yellow sponge named SpongeBob SquarePants lives in a pineapple with his pet snail, Gary, in the city of Bikini Bottom on the floor of the Pacific Ocean. He works as a fry cook at the Krusty Krab. During his time off, SpongeBob has a knack for attracting trouble with his starfish best friend, Patrick. Arrogant octopus Squidward Tentacles, SpongeBob’s neighbor, dislikes SpongeBob because of his childlike behavior.

43 thoughts on “THANK YOU, PATRICK! THANK YOU! | Patrick! The Game | SpongeBob | The Alpha Jay Show”